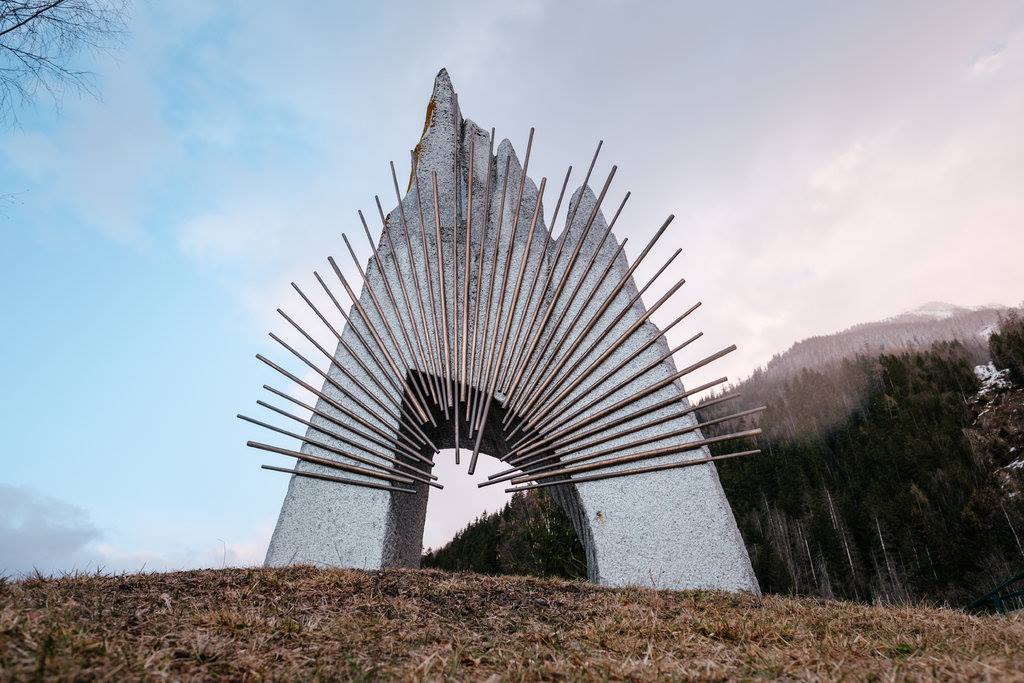 I don’t know why I didn’t know a thing until last week about the Mont Blanc Tunnel, a highway tunnel through the Mont Blanc massif that connects France with Italy to “avoid the need for lengthy circumnavigation.” It was built starting in 1959 and opened in 1965, and you can read all the other specs and stats on the Wikipedia page that quote came from. 🙂

The page also has some really wonderful pictures of the area that kind of make me wonder why one wouldn’t enjoy a lengthy circumnavigation of the massif. Of course, if you needed to get somewhere quickly, like if you had a truck full of flour and margarine to deliver, you’d want to use a tunnel.

Unfortunately, it seems that margarine and flour catch fire when hit by a spark.

On March 24, 1999, that’s what happened to a big truck full of margarine (equivalent to a 6,000-gallon oil tanker) partway through the tunnel. The driver jumped out and initially tried to fight the fire, but it spread too fast, and he had to run.

The fire spread like crazy, fed by the flow of air and wind gusts through the tunnel, and most anyone whose car or truck was backed up “below” the fire on the French side of the tunnel died. Poisonous, choking smoke killed 39 people, and the fire reduced them to bone and ashes. The fire burned so hot that it took five days to cool down enough for officials to start picking their way into the damage.

There is so much more to this tunnel–its nascence, construction, the fire, the trial, the reconstruction–that you really should start with the Wikipedia article and read more. It’s really very interesting, especially when you consider this happened just 20 years ago.

Anyway, my real point to this post, and the reason why I even learned about the Mont Blanc Tunnel and the fire in the first place, is the memorial on the French side. March 24 was my grandmother’s birthday, and I was looking for something online related to that, when I saw a photo of this amazing monument. Look how lovely it is! Memorials are inherently sad, but this one gives me a really powerful feeling of soaring or even shooting upward and outward. The mountain and the tunnel in it are obviously there to be seen, and then the metal rod or rays make me see spirits or souls suddenly rising, launching upward to heaven/the clouds/Elysium … freedom.