One of the topics I planned to tackle with this blog is the news media. I became interested in news and journalism in high school and knew before I graduated that I was going to major in journalism in college. Unlike many of my freshman-year friends, I never changed my major, with one exception: I did change my “concentration” from news reporting to public relations. And I concede that was a HUGE change. 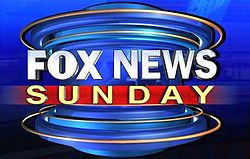 But at that time at the University of Texas at Austin, where I got my Bachelor of Journalism degree in 1991, the journalism degree with PR concentration still contained a large news focus. I’m glad for that. I think I can work with reporters because I trained for several years in their field. And I’ve remained interested in the media ever since, following journalism review publications and shows like Reliable Sources on CNN.

One of my favorite parts of the weekend, each week, is to get up early Sunday and watch a series of morning news roundup and talk shows. I usually start with Good Morning America on ABC, then switch to Fox News Sunday, then back to ABC for This Week with George Stephanopoulos. I may also watch Meet the Press, Face the Nation or the CBS Sunday Morning show, depending on topics.

This morning’s guest on Fox News Sunday was Dick Cheney, who served both Presidents Bush in various capacities. He was secretary of defense for the first President Bush and vice president under Bush 43. I actually heard Cheney speak live at a convention held in Houston by my then-employer when he was secretary of defense. I think it’s fair to say the man makes my skin crawl. To be totally honest, I’m a pretty liberal Democrat, and he’s obviously a pretty conservative Republican, and we aren’t going to see eye to eye on a lot of things.

But with that said, I thought it was very irresponsible of him to spend his time on Fox News Sunday talking about how the current president is “dead wrong” on numerous policy issues–dragged along, unfortunately, by Chris Wallace’s extremely leading questions. I can’t stand interviewers who go on like, “Let’s talk now about the terrible scandal about the IRS. Isn’t it true that the Administration has handled this just terribly? I’d like your opinion on how terrible this is.” I mean, what’s the interviewee going to say?

I usually watch this diverse mix of morning shows on Sundays because I think it’s good for any and all Americans to listen to a variety of opinions. That’s what the very First Amendment to our Constitution is all about. But I think Wallace does a disservice to his viewers when he leads his guests along to say what he wants people to hear. And for Cheney to happily go along with it, when he has not been in “power” for more than four years and really has no insider information any longer, just compounds the problem.